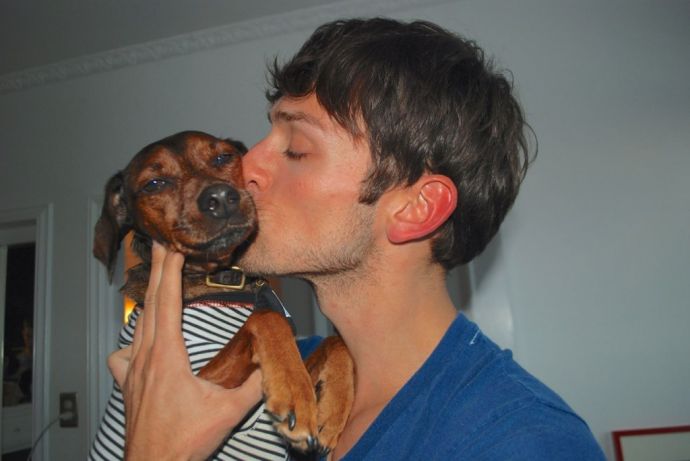 This is Pilot. It's safe to say that he's a rather loved dog. In fact, I'd say he's the most loved dog in America. This is his indifferent expression; it's his Oh, how I suffer look. He pretends not to love all the kisses and hugs he gets, but he always goes back for more.

Garen is Pi's dad. Well, one of them. 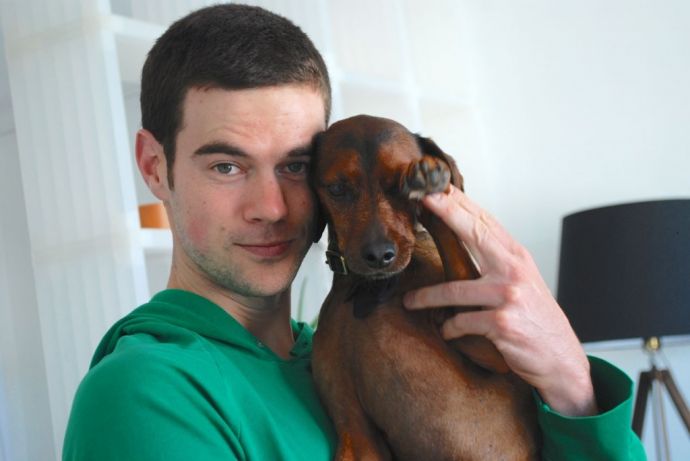 This is Scott, his other dad. This is sleepy Pi. He says hi, btw. 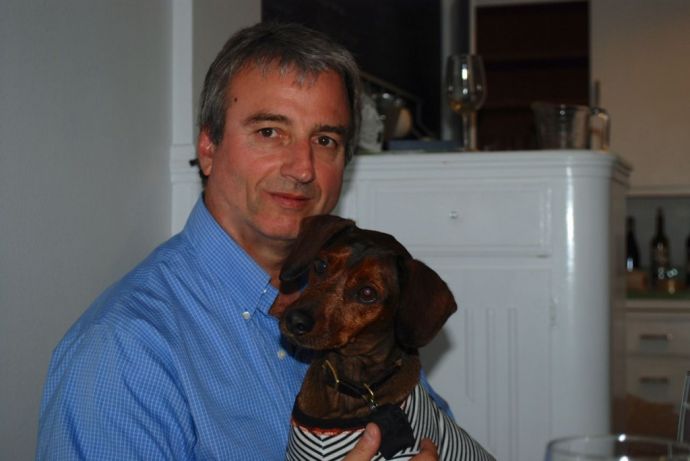 Bob is holding Pi who is sporting his Jean Claude look. All he's missing is a beret.

Four years ago, B and I met Garen, Scott, and Pilot when they became our upstairs neighbors. Bob took an instant shine to Pi and offered to mind Pi any time Garen and Scott were out or when Pi needed a pal. This became the beginning of our four-year co-parenting or rather co-Piloting relationship.

In the beginning Pi's visits were scheduled through a fair amount of emails, text, and calls. We'd discuss dog logistics - last time fed, last time walked or his latest antics. More recently, the formalities were dropped, and we'd get a quick want him? text, followed by our apartment doors being flung open and a thunderous sprint into our flat. Got him! Slam.

This was our routine years. But it wasn't just Pi's visits we loved. Hanging with Lil Brown was an excuse to see Garen or Scott or both several times a week, often for a quick hello or a glass of wine or to plan for our annual Festivus bash which they instituted around the holidays.

And so our building felt more like a college dorm with people dropping by for a quick hi. They upleveled a feeling of neighborly goodness and fun as well. 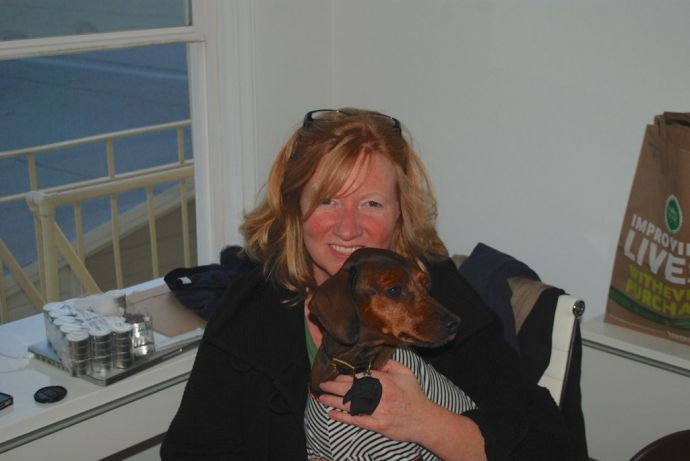 But Garen and Scott are en route to doing even more amazing things which sadly takes them out of San Francisco. I'm still acclimating to their departure and adjusting to silent nights since we no longer hear a certain 4-legged hellion smash against our door like he was a DEA agent conducting a drug bust. 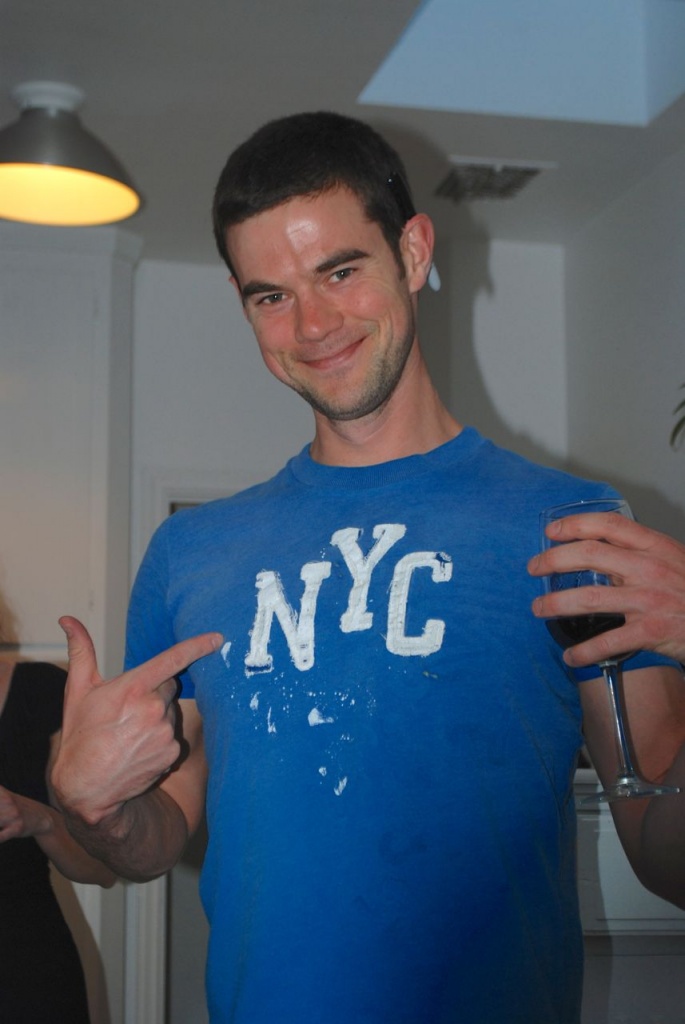 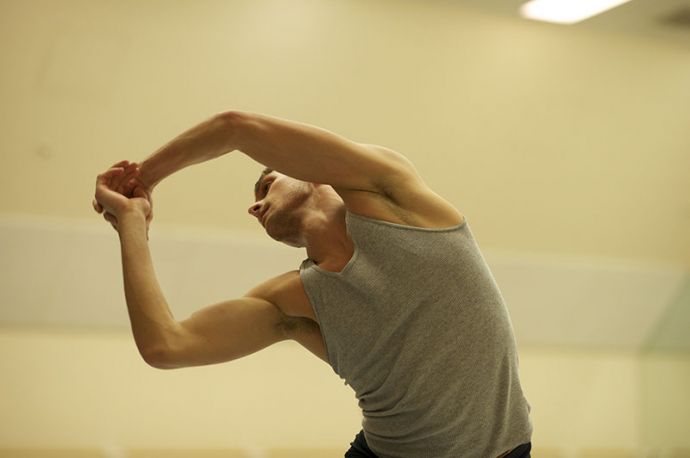 Garen's dancing career is taking him to The Netherlands where he's joining the prestigious Netherlands Dans Theatre. As for Pi, he's going Dutch, too. I can picture him now racing through a field of tulips, ignoring Garen as Garen hopelessly chases after him. Little Stinker. 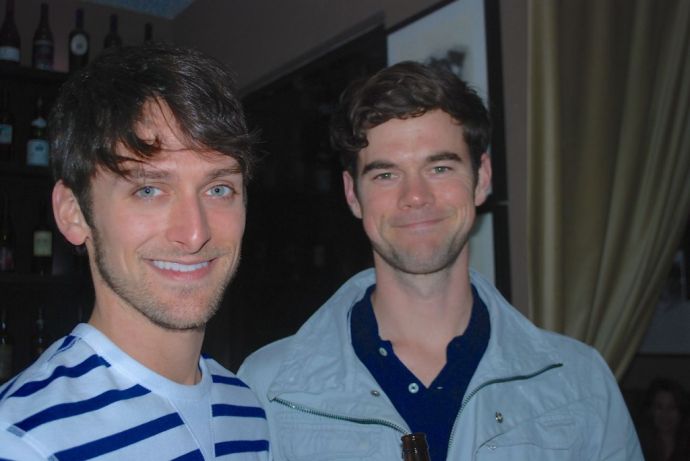 Good luck, you two. You'll both do awesome. Continue to be your amazing selves. Thanks for being such great neighbors and friends and... 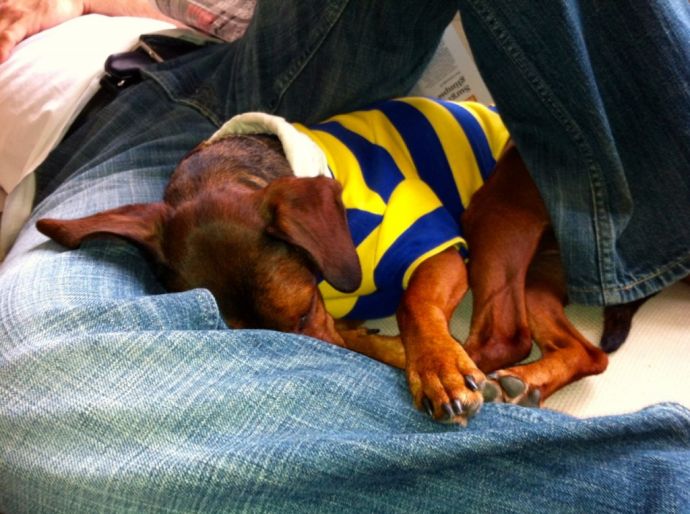 ...thanks for sharing Lil Man with us over all these years. He's quite special, as are you. Love Mugs and Bob.