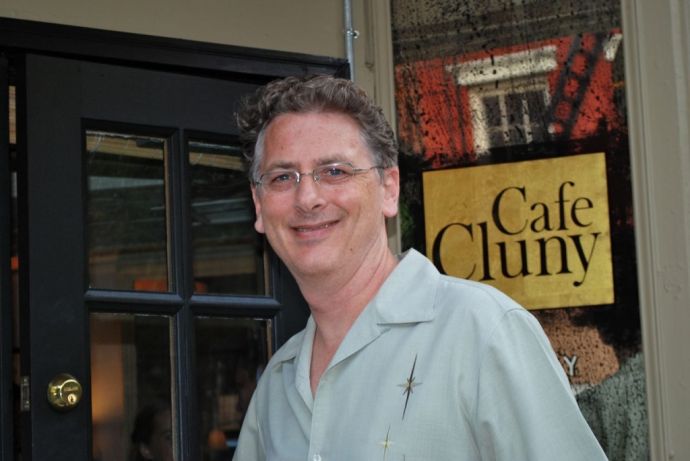 This is my cousin John Banks. He’s the youngest of my four cousins, and the closest in age to me. Whereas I grew up in Wilton, he and his brothers grew up in Milton. Massachusetts, that is.

John is an energy expert. He works as a Non-Resident Fellow in the Brookings Institution’s Foreign Policy. He works on ways to improve the nuclear industry’s role in strengthening the non-proliferation regime. Yowsa. He’s also an Adjunct Professor at Georgetown University, teaching energy policy in the Masters of Science in Foreign Service program.

He’s a smarty, but more importantly, he’s nice, thoughtful, and hilarious. The king of the one liner. He’s now a New Yorker, married to Martie and father to adorable Lucas. But he’s still a Red Sox fan. That’s just part of his DNA.

I was in Manhattan recently and here’s the picture I snapped before we went out to dinner at Café Cluny (amazing chocolate, flourless torte, by the way). I wish we lived near each other like we used in the '90s when we both lived in DC. But we don’t, so for now, this picture will suffice.