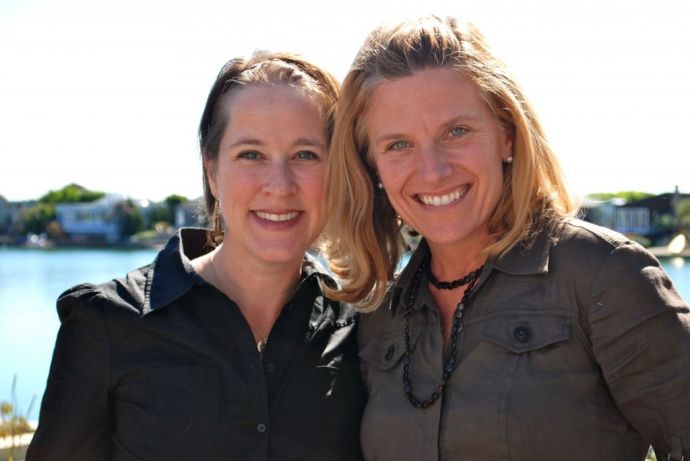 These are two of my Bay Area friends. Lucy and Ethel or rather Michele and Kelly. They're hilarious. When we get together, my sides tend to hurt.

We try to make an annual pilgrimage to Stinson Beach, an area 45-minutes northwest of the Golden Gate Bridge. We rent a house, bring bags of junk food, plenty of wine, trashy movies, and yammer all weekend long. It's a fight to get a word in.

I took these pictures not at our normal gal pal weekend, but at B's birthday party weekend I hosted out there. I rented a house and had three parties of various sizes over the weekend. Note to self: Never again have three parties in a row. Don't get me wrong. It was a ball, but it was way too much planning, cooking, cleaning up for one weekend. I think my sister-in-law Donna would agree. She was my sidekick and needed a vacation after that weekend.

But back to Kelly and Michele. These two have been long time friends. They were pals since their University of Utah days and have been tied at the hip since then. 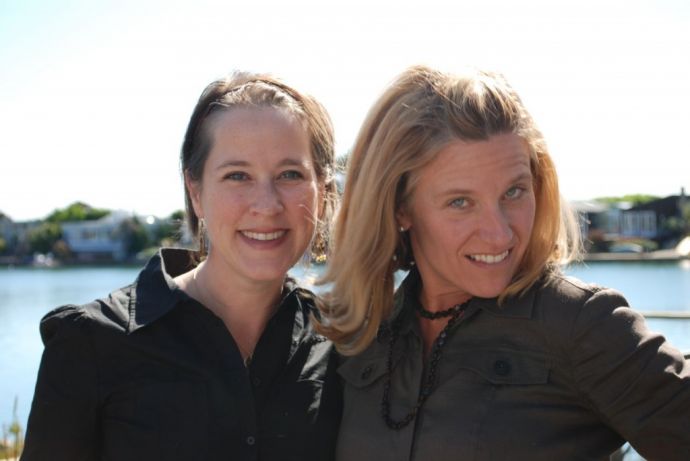 One of them is more of a ham than the other. Can you tell which?

Michele is a mother of two, soon to be three, and has quite the entrepreneurial spirit. She's always cooking up some very cool line of product that she wants to create and market. She ran a temporary tattoo business for years before joining Pixar.  She was in their consumer goods and licensing group, and it was here at PIxar where she met her husband Jonas.

Kelly is a flight attendant, an unofficial comedian, and a gifted stylist. The gal knows fashion and has had several well-needed interventions with me. She rooted through my closet one day with a face that read, You've got to be kidding me, while tossing item after item into bags that were marked Good Will. She travels a lot and picks up styles from around the globe. She spots a look she likes and then hunts for a look-alike until she's satisfied. She's got the knack.

I'm lucky to know these two characters, even if they make fun of my LL Bean style of dressing.