The Greyhound In Him 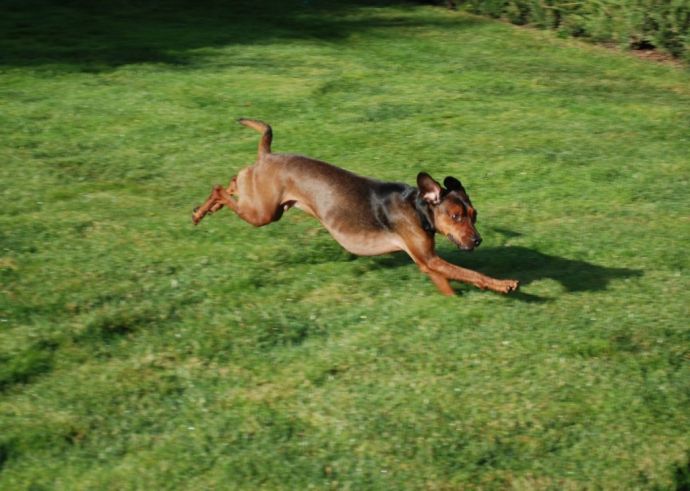 Pilot has two speeds.  0, when he's sleeping which is much of the time. And 100, when he's sprinting through fields and making us chase after him.

He's a rescue so Garen and Scott aren't entirely sure of his make up, but there are strong indicators that he's got some greyhound in him, in particular Italian greyhound. The little rascal is fast, knows it, and like to watch us chase after him, while snickering under his little snout.