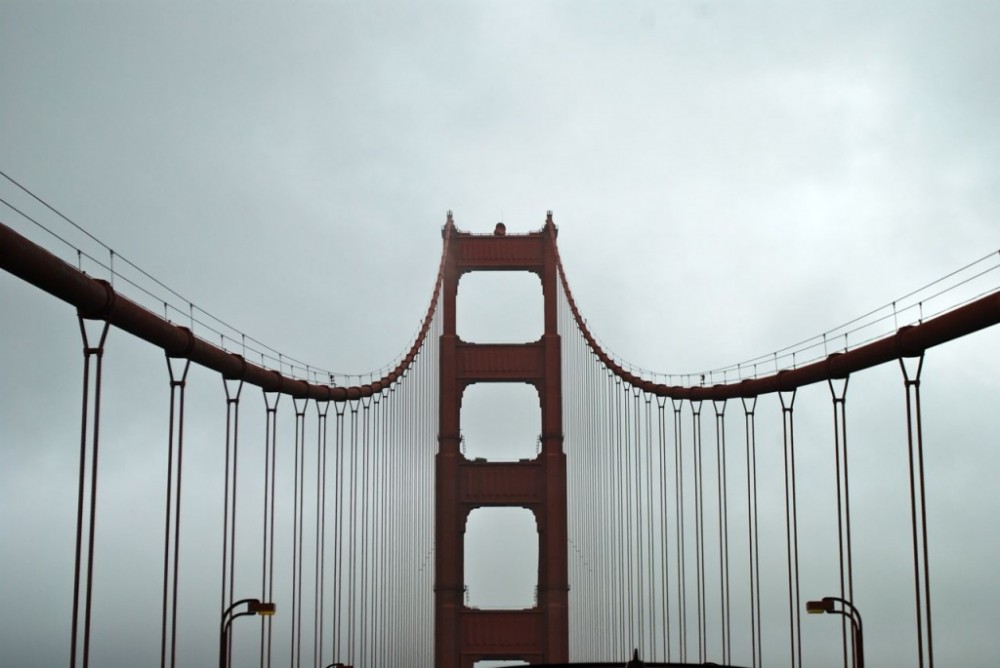 If you drive south from Marin into San Francisco, you'll drive over the Golden Gate Bridge, and depending on the time of year, what you'll usually encounter is a blue sky as the backdrop to the spectacular city of San Francisco. But then, there are the other times, especially during the summer, when heading home is synonymous with turning on the car heat. Welcome to the San Francisco Fog. 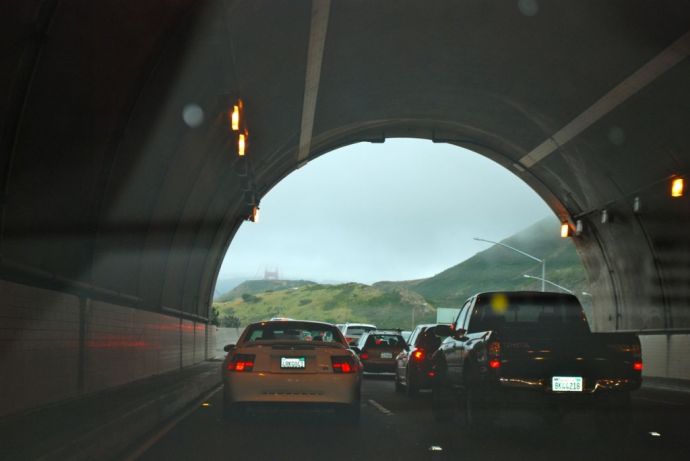 You can always tell the tourists in the summer. They're the ones with the polar fleece jackets adorned with San Francisco logos that they were forced to buy at Fisherman's Wharf, because they thought they were going to California, the warm part, like anywhere but San Francisco.

I snapped these shots coming home one day. I was the passenger, not the driver. The fog can move really quickly. One second the fog is all consuming and can completely obstruct your vision, and then two seconds later the fog can lighten up, even offering a peak of blue sky. It's very confusing. 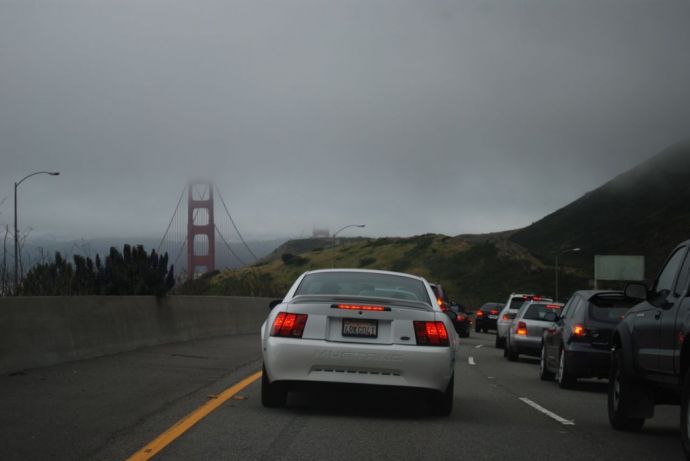 But not on this day. It was just plain foggy. And just when the traffic clears a bit, you get to see this.

The symmetry of this beautifully built bridge built in 1937. The Golden Gate Bridge. 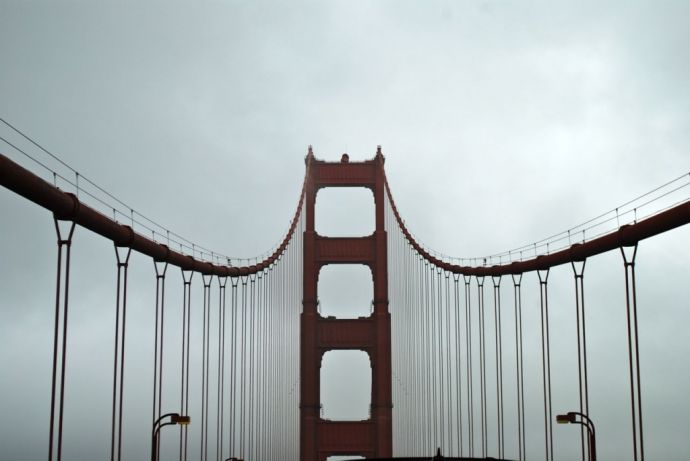 The color of the Golden Gate Bridge is orange vermilion, deemed "International Orange." Some say when they finish one side, it's time to paint the other side. Others say the bridge is painted every seven years. The real story is that the bridge gets touch up paint maintenance when needed, but it's not constantly being painted as many believe. 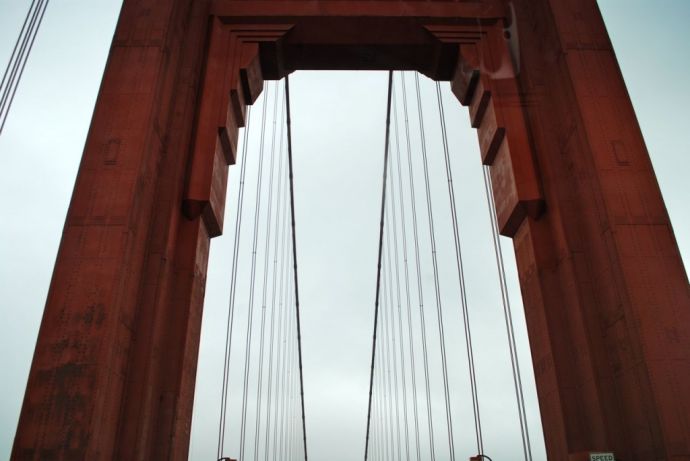 That's the end of the pictorial. We had to fumble for the Fastrak in time to fly through the toll. It's a beautiful site though, and I never tire of looking at the bridge, from every angle, and yes, even in the fog.