I went to DC and the conditions weren't ideal. The sky was gray, it rained, and I was short on time. But I was able to snap a few before the skies opened. The skies were gray albeit but the cherry blossoms and magnolias were in full bloom and picture perfect 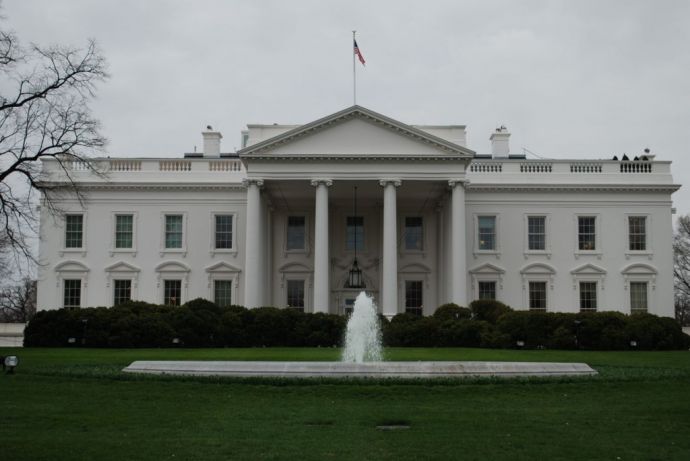 Even on a gray day, the White House is beautiful. On TV the White House always looks SO huge, and it is, but not as huge as you'd think until you stand before it. I looked up a few facts about the White House, and here's what I found.  It's on 18 acres of land, it has has 132 rooms, including 16 family-guest rooms, 1 main kitchen, 1 diet kitchen, 1 family kitchen, and 35 bathrooms. 35 bathrooms...that's a lot of Mr. Clean needed. 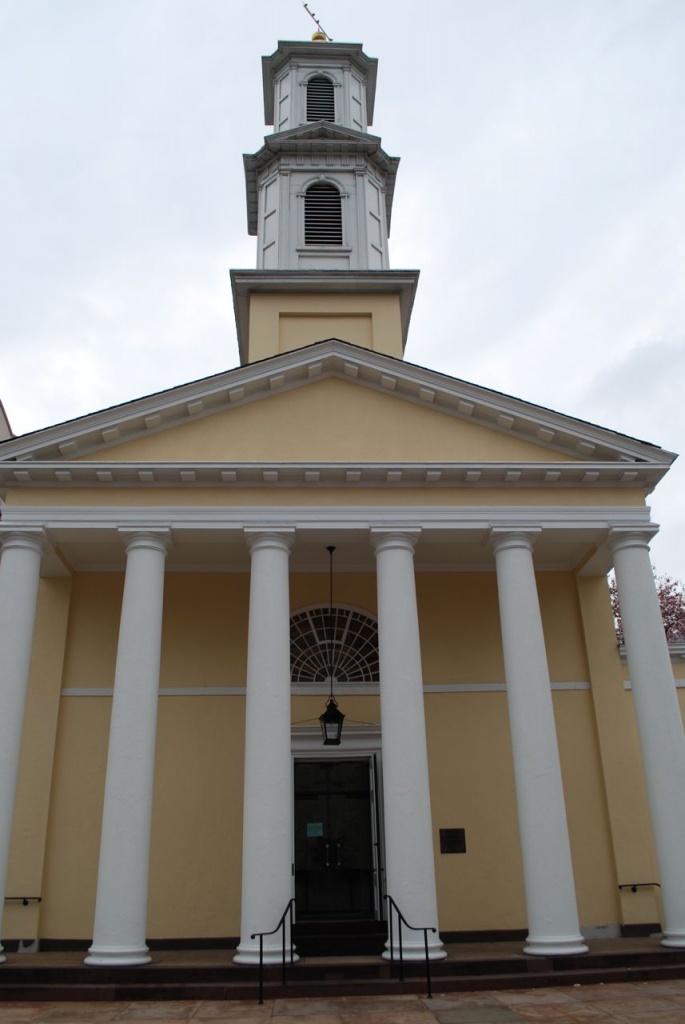 I stayed near here. This is St. John's Church in Lafayette Square. It's an Episcopal church, just a block away from the White House. In fact, it's known as the Church of the Presidents. It is a national historic landmark that was designed by the architect Benjamin Henry Latrobe, who was considered the U.S.'s first architect because of his study of architecture and engineering. The first service was in 1816, when James Madison was the President. Pew 54 is called The President’s Pew and is reserved for the chief executive's use when he (or someday she) attends.

It’s painted a tasteful pale yellow, and since I love yellow, I took a bunch of pictures of St. John’s. 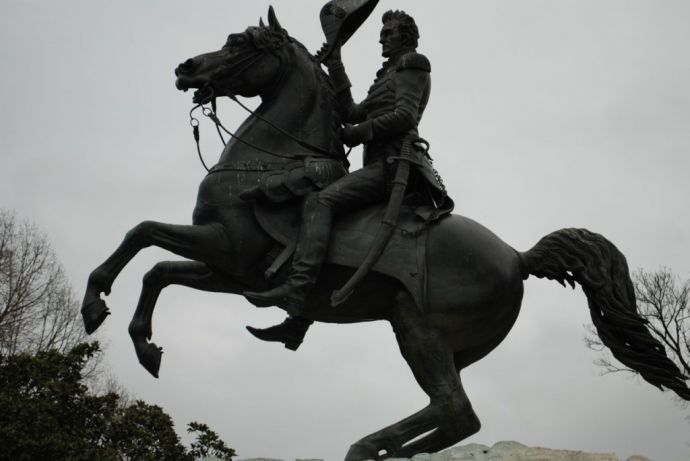 In the center of the Lafayette Park is a statue of General Andrew Jackson at the Battle of New Orleans. It was the first statue of a person on horseback ever cast in the U.S. I think the gray skies made this look more dramatic than a blue-sky day would. It's pretty dramatic from afar but upclose, it's even more so. 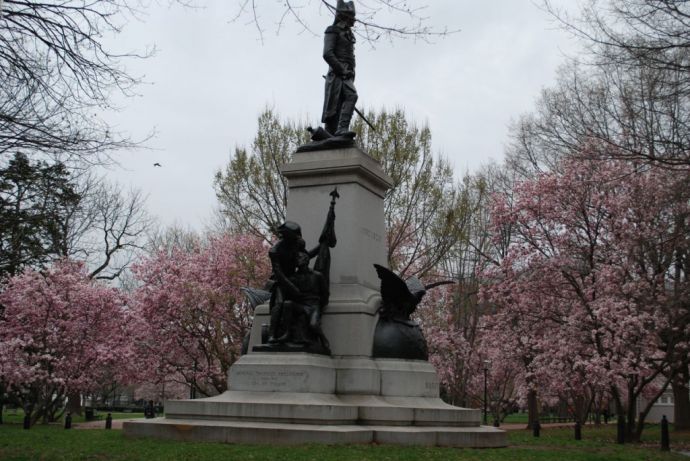 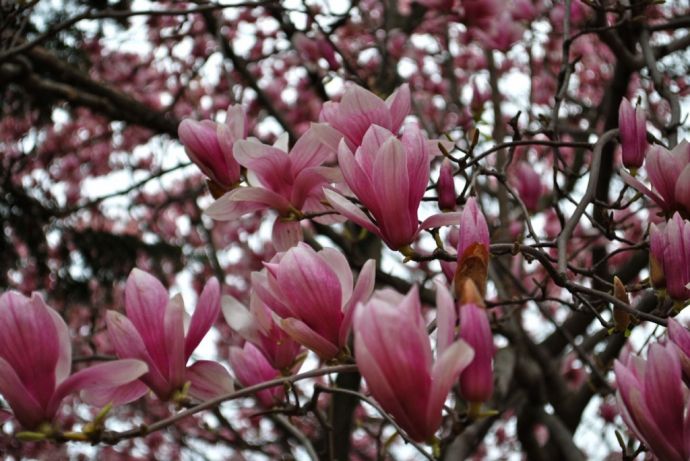 This was the last picture I was able to get before the rain came. The magnolias didn't last much after this day. Between the rain and the wind, they disappeared pretty quickly. But like anything, they'll be back next year, and perhaps I will be, too, to capture their pink beauty once again.