I love Merry Go Rounds, even if I'm not on them. This one is extremely special. This is called the Looff Carousel, named after the German craftsman, Charles Looff who, in the early 1900's, hand-carved each horse in his Rhode Island shop. When he was done, the Carousel was about to be installed in San Francisco when the 1906 earthquake hit. The Carousel got rerouted to a park in Seattle called Luna Park.

Oddly enough, there was a fire in Luna Park in 1911, but the only thing that survived was the Carousel. So the Looff Carousel made its way to its original destination and found a home out at San Francisco's Playland-at-the-Beach. It was here from 1913 until 1972, when it was on the move again. Private collector Marianne Stevens bought it and found it a new home, this time in Long Beach, California. And like a true merry-go-round, it came back around again to San Francisco, when in 1998, the San Francisco Redevelopment Agency purchased it and installed it at Yerba Buena Gardens, a beautiful park down by the Moscone Convention Center. The Carousel is part of Zeum, a community-based, multimedia arts and technology museum. 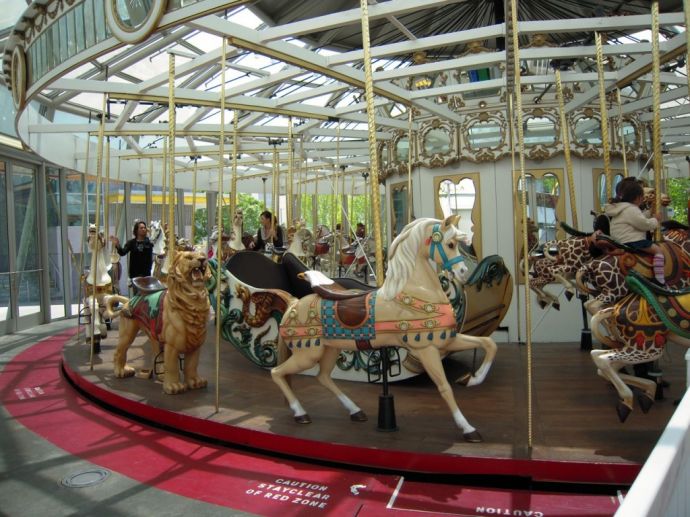