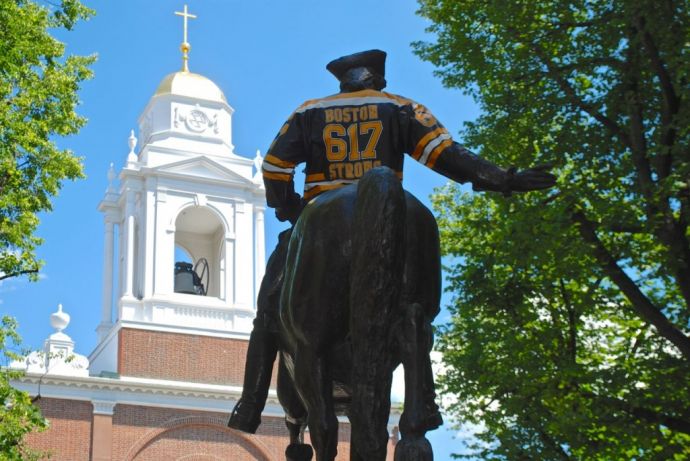 Everyone is in the spirit here, even Paul Revere. I'm logging a little time in the Boston area now. Having spent my undergrad and grad years here AND having a Bostonian for a father, I have no choice to temporarily join the Boston frenzy as the Bruins and the Chicago Black Hawks duke it out for the coveted Stanley Cup.

The trick is that I'm here with my brother and two of my nephews and they're die-hard Chicago-ites. So the volume during tonight's game may be of epic volume proportion.

The other day B and I went to downtown Boston the other day and went on the Freedom Trail. For all the years I lived here, I did little in the way of boning up on my history, but being married to B and him being a history buff, going on history tours is just part of the must-dos. 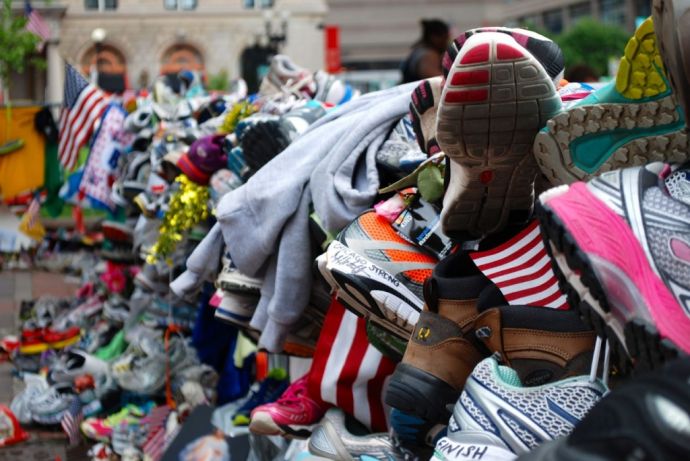 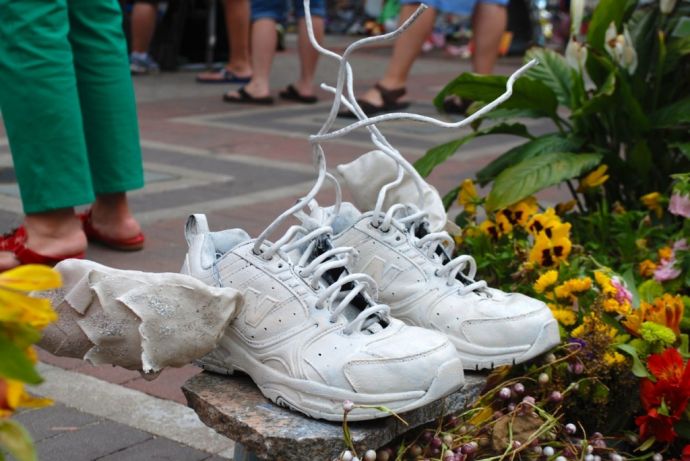 It's quite an emotional experience, even for those of us who live very far away. 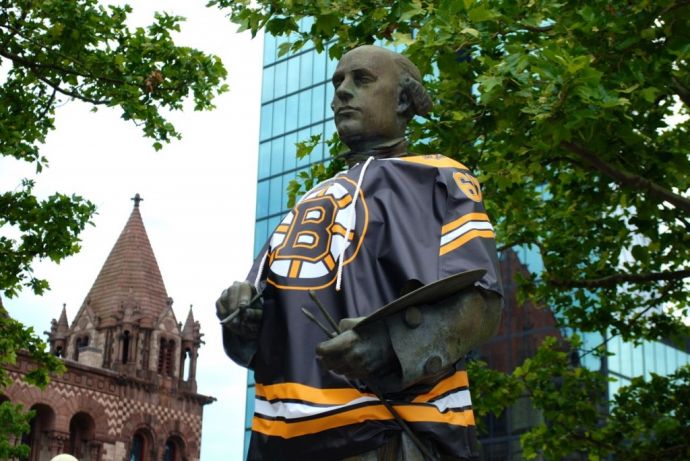 But then as you spin away from the piles of sneakers, the wreaths, and the endless "Boston Strong" signs, you find a statue of John Singleton Copley, the former American painter, whose statue stands prominently in the middle of the square named after him, you're reminded of the humor that runs deep with Bostonians.