My friends who hear about Pilot and them meet him are all floored when they finally do. They always have the same reaction, I thought Pilot was going to be so much bigger. He's a little guy, weighing in at 20 lbs, tops. What he lacks in size he makes up for in personality.

When he comes up against a bigger dog, he always seems to exhibit the same behavior. He's probably threatened but rather than cowering to a larger dog, he gets up in its face, like here. He comes snout to snout with it and does a silent face off until Pilot has had enough and then throws down, much to my chagrin. It's always a little nail biting. And I'm always amazed that that bigger dogs seem to tolerate this and don't retaliate. 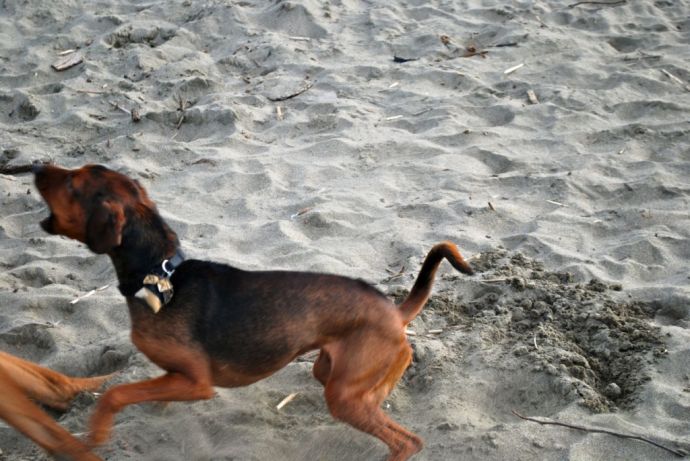 Scenes like this happen so fast that they're hard to capture. Here's Pilot letting loose and lunging forward into the big dog's space, until the bigger guy dashes away. Pilot, then pleased with himself, puffs up his chest, and takes his version of a victory lap, while I get my heart rate back down to normal.