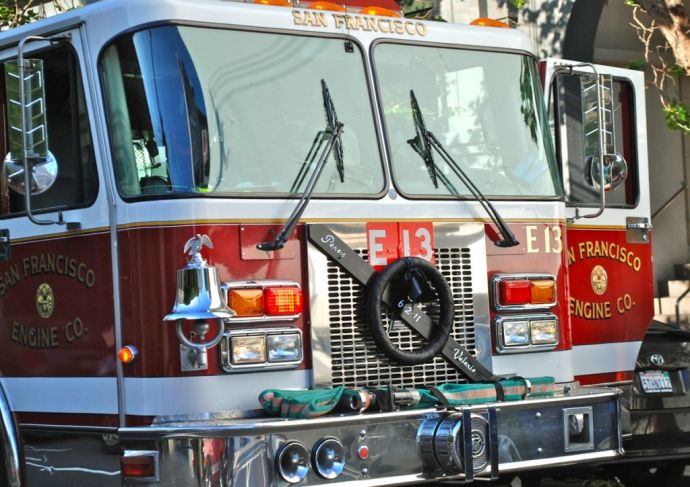 A fire in a four-story Diamond Heights' home resulted in the death two of San Francisco's firefighters, Lt. Vincent Perez and Firefighter/Paramedic Anthony Valerio. In the past twenty years, only two other firefighters, a total of four, died in the line of duty. Perez's and Valerio's deaths shook the community, especially their firefighter brethren. On the day of their funeral, June 10, 2011, the city all but shut down city streets to honor these two men for their years of service.

It's been a few weeks since their death, but I was moved when I saw that Valerio and Perez are still very much a part of the San Francisco firefighters' routine. I spotted this black wreath on the grill of one of the trucks with their names and the date when they answered their last alarm.