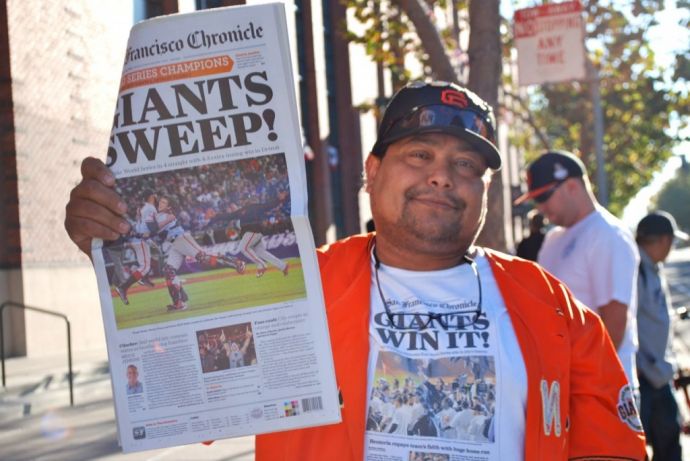 The Giants won the World Series in Detroit on a Sunday night and came back to San Francisco Monday afternoon. I, along with some 5,000 other fans, kept tabs on their arrival and timed their return to AT&T Ballpark, so we could be there when they arrived. I work a block away, so I was able to scoot out and join the other adoring fans as they stood by waiting for our triumphant team's return.

I stood next to this guy. He's proudly holding the Chronicle with one of my favorite pictures on it - Buster Posey and Sergio Romo mid-celebration. I love his grin. Or is that more of a smirk? 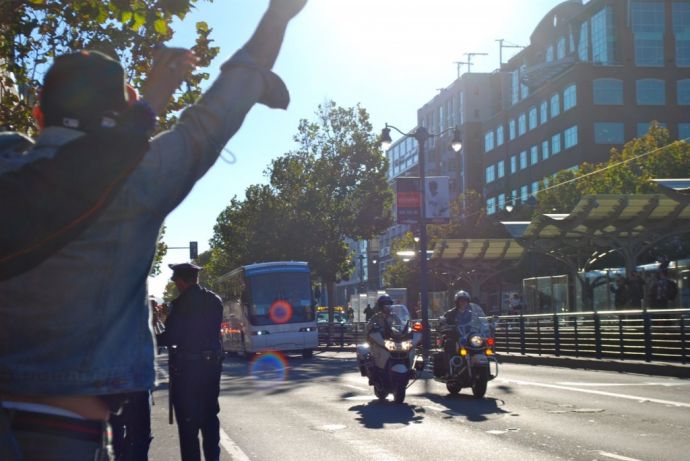 I'm not sure what's gotten into me. I've turned into "one of them." You know, the ones who wear the team gear, constantly, gobble up every bit of news about them and know more facts (largely useless) about the team on and off the field. I'm just shy of painting my face orange and black. 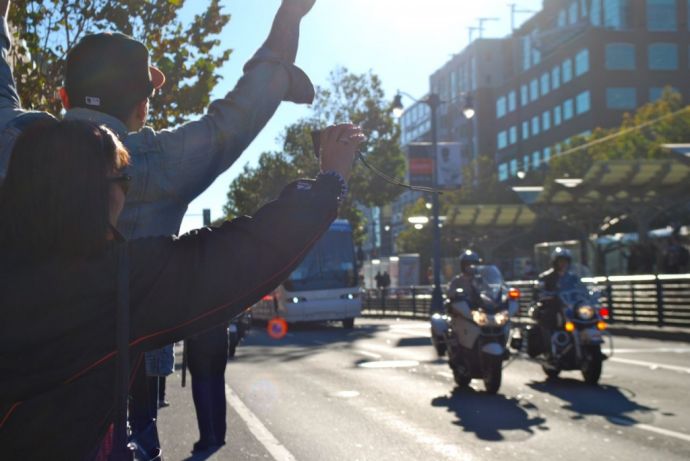 Here's the beginning of the team's return. A SF Police escort helped the entourage of coach buses return swiftly into the ballpark. Players, coaches, Giants administration, sponsors, lucky family members and friends were part of this convoy. 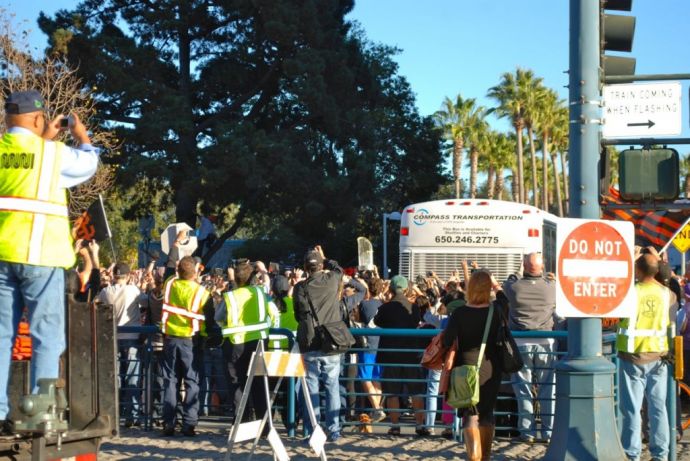 In between being yelled at to get off the Muni train tracks, I was able to take a few shots. I didn't have my zoom with me, so they're not the best. If you squint, you can actually see the World Series trophy being hoisted over a player's head. I heard it was Sandoval who was holding it. 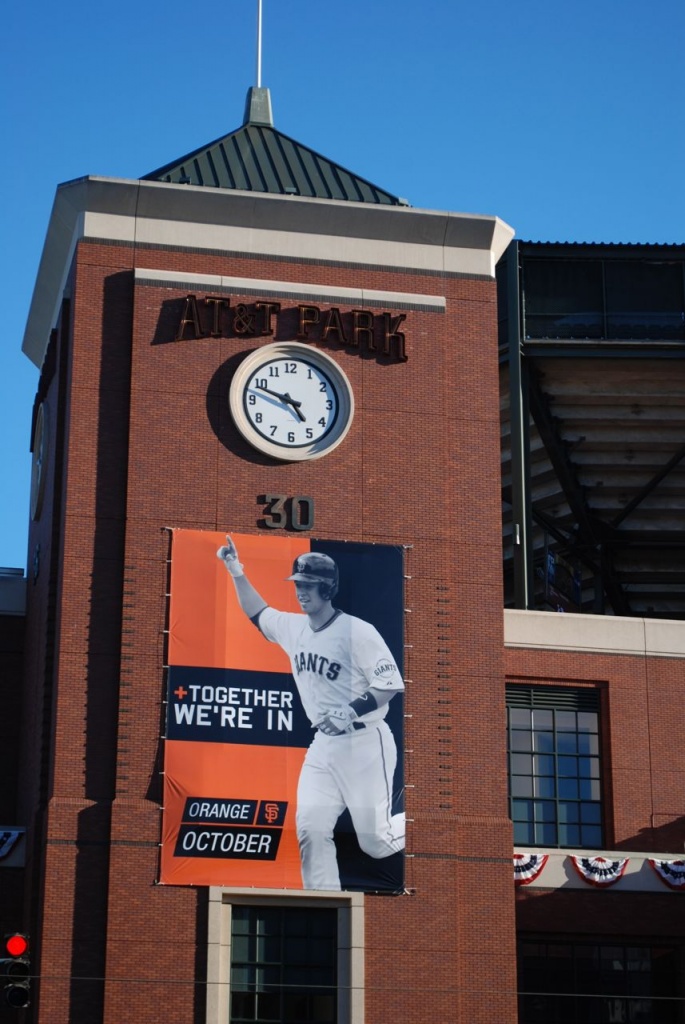 That's Buster Posey. His picture was on the ballpark's tower much of the season. He ended up being the MVP of the league. They don't get much better than Buster in terms of how he conducts himself on and off the field. He's quite a humble guy to boot. 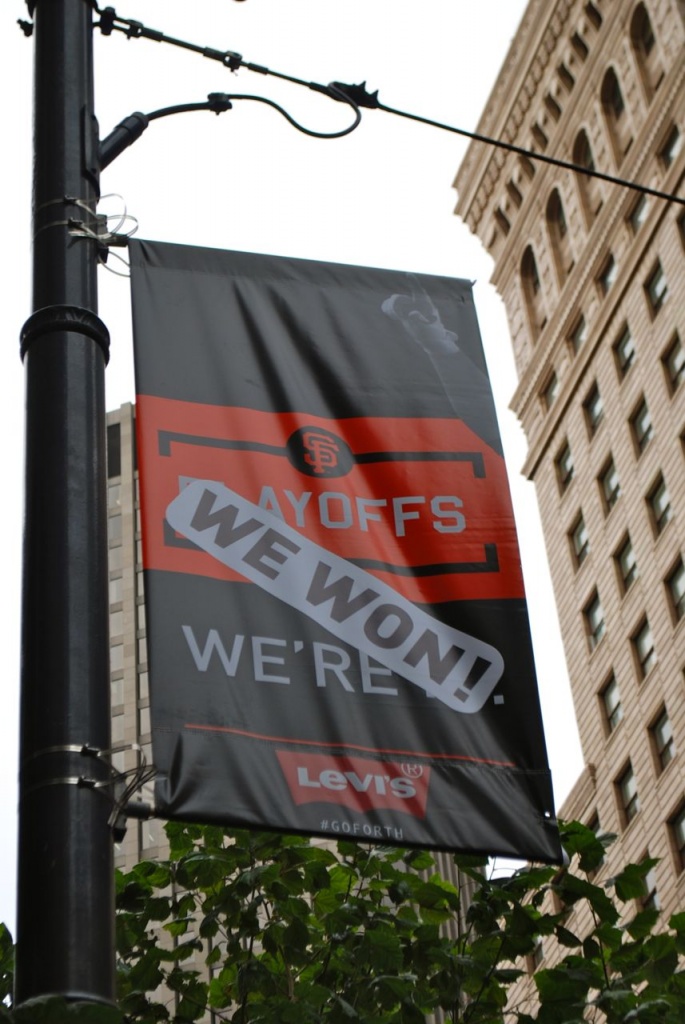 The parade was two days later. It also happened to be Halloween. When you win the World Series twice in three seasons, I don't want to say it was anti-climatic, but it wasn't as much as a trip as it was Round 1. On parade day 2010, I was front and center long before the parade started. I had a great spot and in turn, took some good pictures. This year I was some 15 people back from the parade route. And without my zoom, my pictures were...meh, at best. 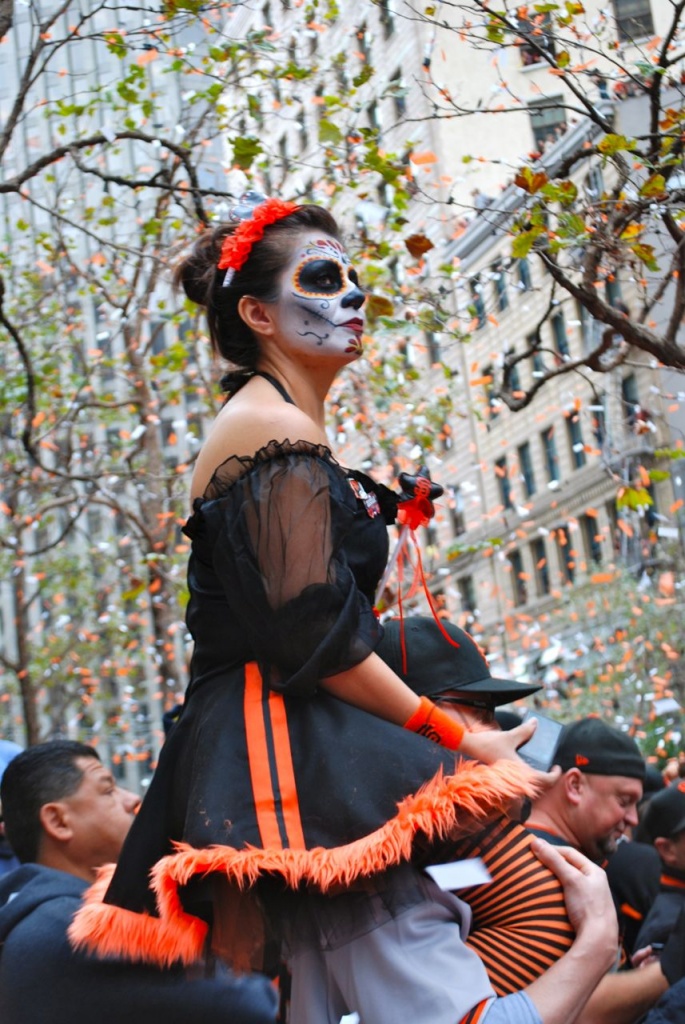 San Francisco has its characters 365 days a year. On Halloween we double down. Add a World Series to the mix, and the crazies came out. This gal's tights were the best. She was picture worthy. 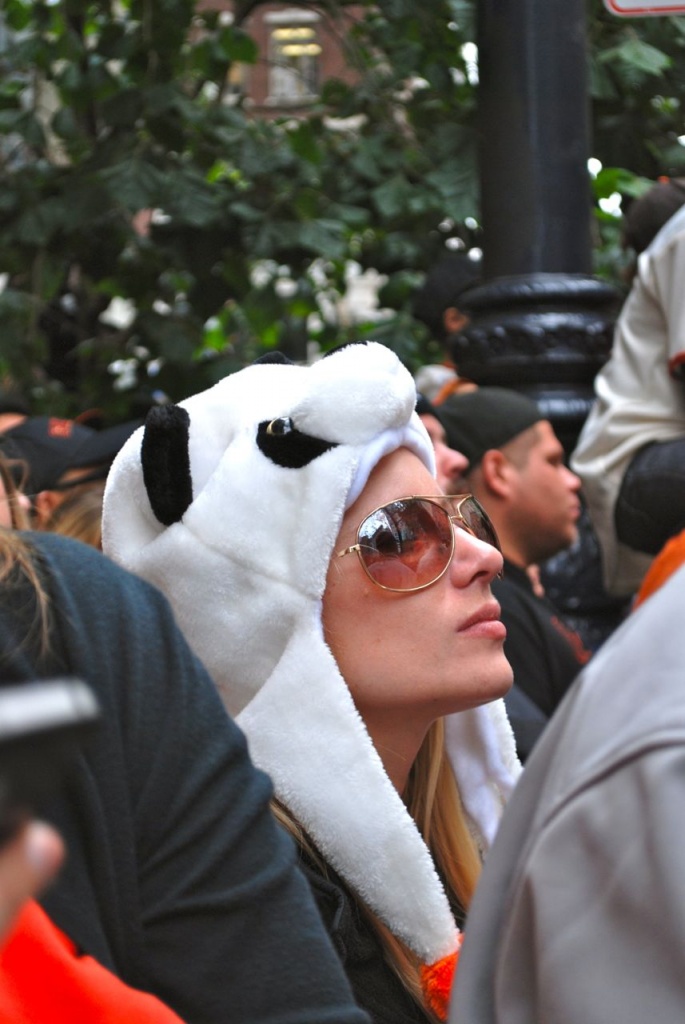 Panda costumes, panda hats were a plenty with Pablo (aka, Panda) Sandoval being voted the MVP. 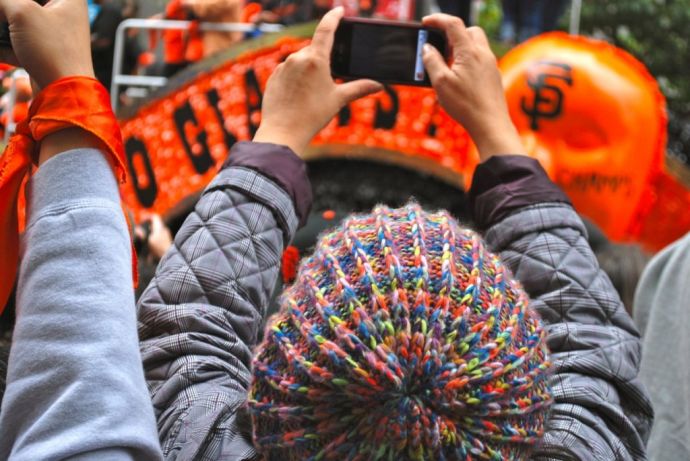 This is pretty much what I saw for two hours, the backs of heads, hands, and cameras. 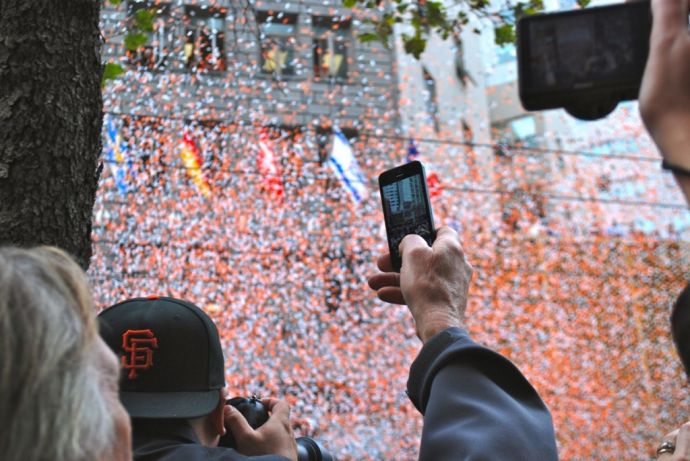 After an hour or so of sponsor floats going by, the players, seated in their convertibles, started up the parade route. I wouldn't know because I couldn't see them, but between the screaming and the confetti, I could tell they were there, somewhere. 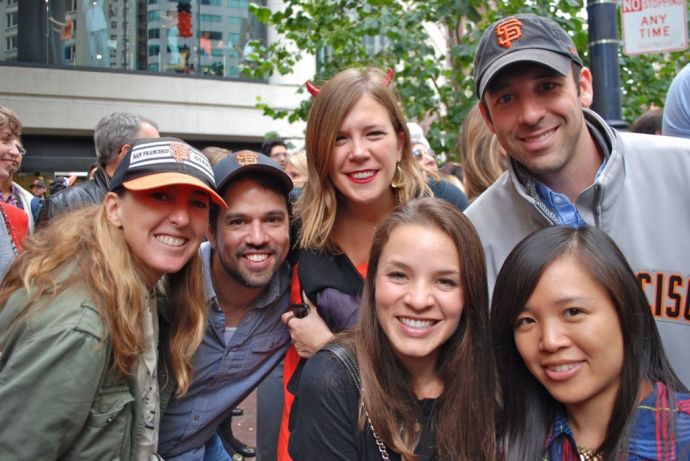 The best part was sharing this with Federated Media workmates. We bonded over people watching, being bumped, screaming like hell, and having lousy visibility. But it still was fun.