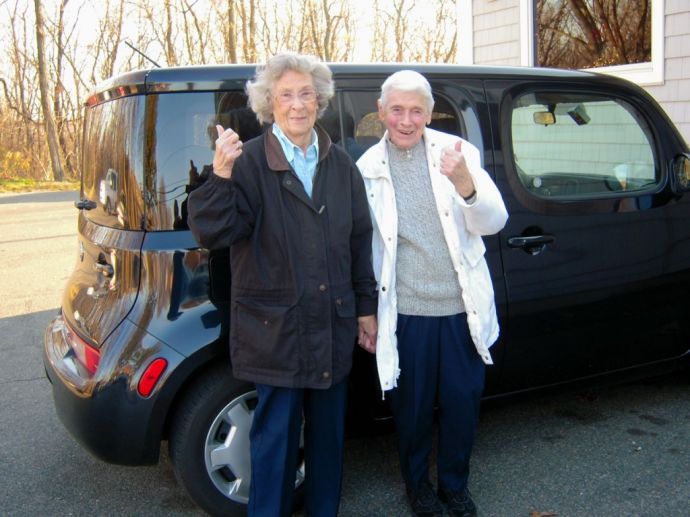 My Dad was the youngest of five with all four of his older siblings being girls. Of the five, only two are living, Betty and Kate, these two characters. I made them pose in front of my rental car. The one on the right did it graciously. She's Kate. The one on the left gave me guff. That's Betty.

My Dad’s parents were originally from Ireland. My Grandfather was 10 when he left Ireland, my Grandmother 14. Neither continued with school passed their Irish schooling. They met years later, married, settled in Dorchester, a suburb of Boston, where their five kids were born.

I got the chance to spend time with my two aunts while I was visiting Boston. Auntie Kate, as we called her, is a Dominican nun, and when I was growing up, she wore a nun’s habit, just like Sally Field's costume in The Flying Nun. Auntie Kate was quite the athlete. My Dad used to tell us that she was so good at playing baseball that she was invited to play on an all-male team. One day, before she was a nun, she was mugged in Dot, what the locals call Dorchester. The heel-wearing twenty something took her shoes off and sprinted after the guy, caught him, pinned him down and got her purse back.

Betty Buckley Banks is a piece of work. She’s the mom of four, all boys. I call her regularly, not just to see how she’s doing, but because she’s sheer entertainment.

In my December 2010 visit to Boston, we took a tour of Dorchester, her old hood. 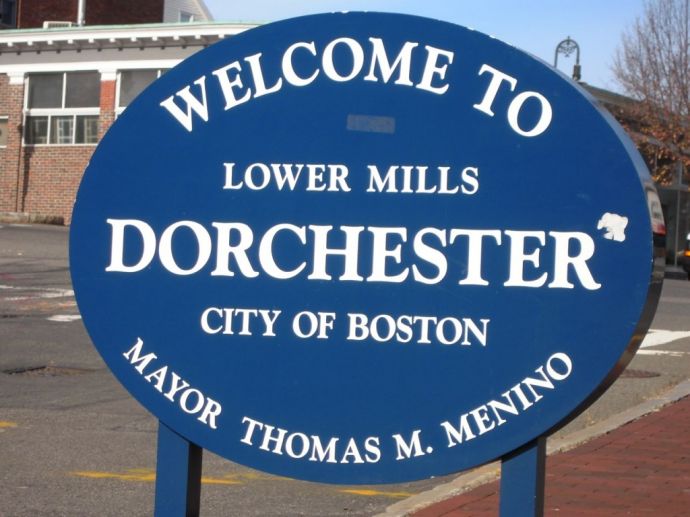 She showed us her old neighborhood and the house they grew up in. 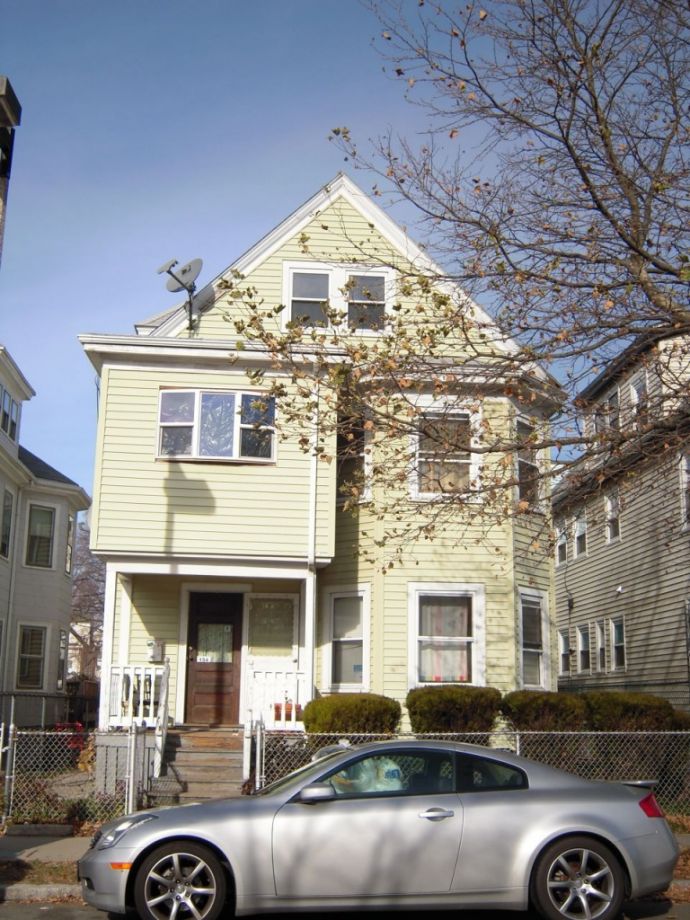 My Dad's bedroom was in the attic. They had no heat up there, and he used to tell us how bitterly cold it was. Not fun. 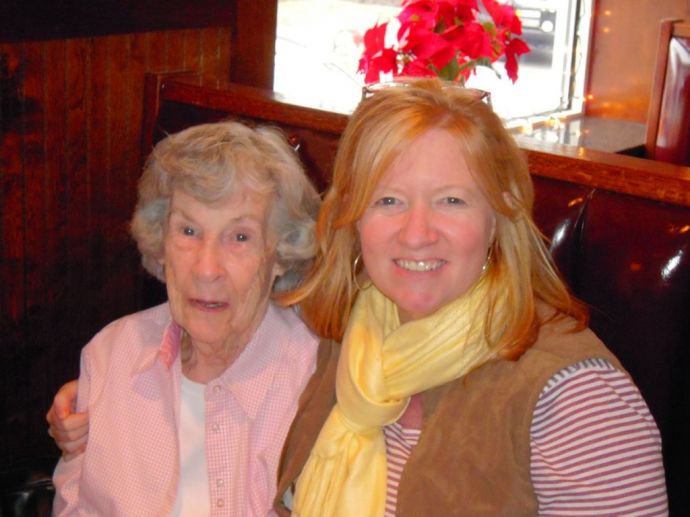 Here's Betty and me at her favorite restaurant, Grumpy's, in Quincy. From the pointsettia in the background, you can tell this was from the holidays. I threw my arm around her and said, pretend like you like me. That made her smile, and when she smiles, so do I.