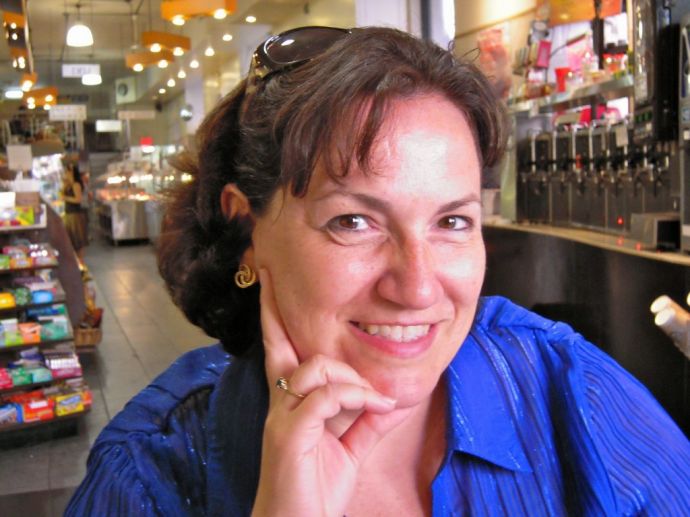 This is Megan.  She's my oldest friend. Scratch that. She's the friend I've known the longest. We met when we were six. She claimed I shoved her head in the water at the town watering hole the year we met. I'm not saying I didn't. Let's just say perhaps I conveniently forgot.

Megan is an opera singer, married to Ron who is a composer and piano player. She's amazing, so is he. They have two small kids and chose to stay in New York City. Though she grew up in Wilton, she's now a card-carrying New Yorker.

Two weeks before I got married, her Dad passed away, a man I knew since the days of the watering hole. Megan was going to sing at our wedding, but with her Dad's passing in question, I told her to skip it, and B and I would find another solution. But timing is an odd thing, and when he passed, Megan told me that her Mom, Jule, said, "Dad would have wanted you to sing at Mugs' wedding." So out to San Francisco she came.

There were a lot of great things about my wedding, but the thing that more people commented on was just how beautiful the music was. Megan and Kate (my other Wilton friend) teamed up for the ceremony. A most generous gift, a most amazing friend. Thanks, Megsie.