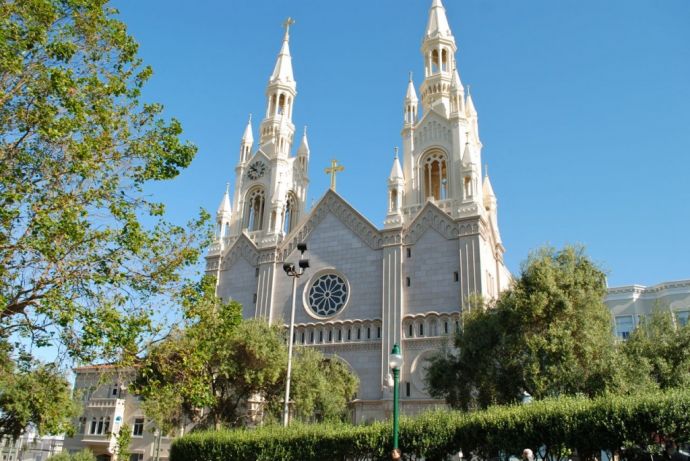 San Francisco has a lot of beautiful parks, but one in particular offers a lot to absorb in a very small circumference. I'm talking about Washington Square Park, situated in the heart of North Beach, San Francisco's Italian neighborhood. It's a one block by one block square but there's a lot to take in on a daily basis. This is Saints Peter and Paul's Church, where Marilyn Monroe and Joe DiMaggio got married in 1954. It was featured in Clint Eastwood's Dirty Harry, and in 2003 I was out and about in San Francisco and walked by this church, only to see Ed Burns and Christy Turlington go by for their wedding held here.

It's a Catholic church, known as the Italian Cathedral of the West, and in more recent years, it's become the home church for the city's Chinese-American Catholics. It offers weekly masses in English, Italian, and Mandarin. 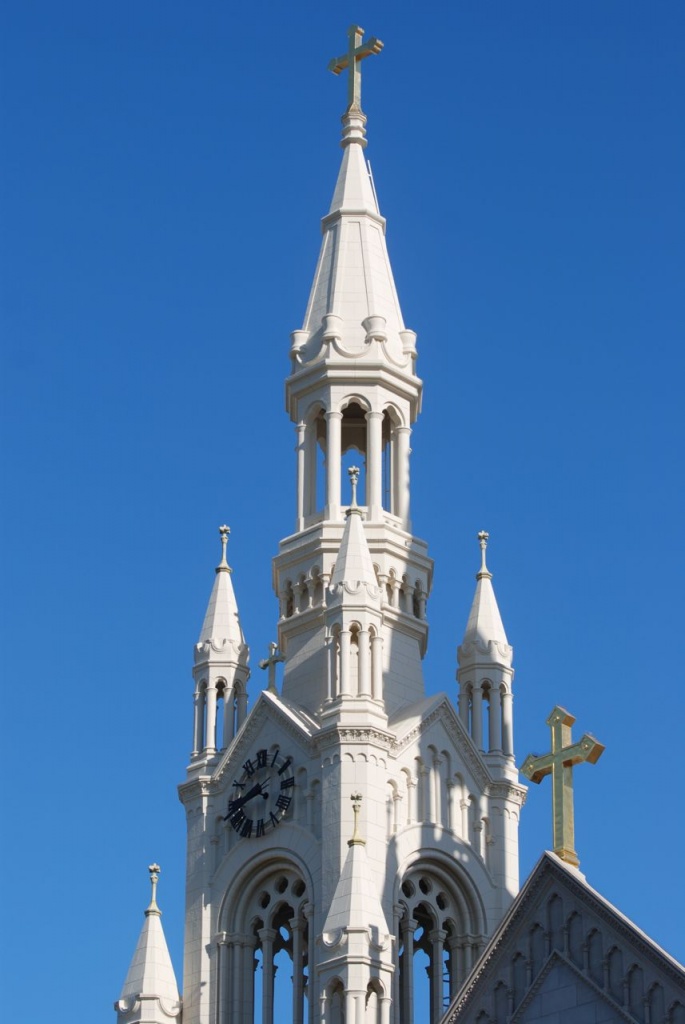 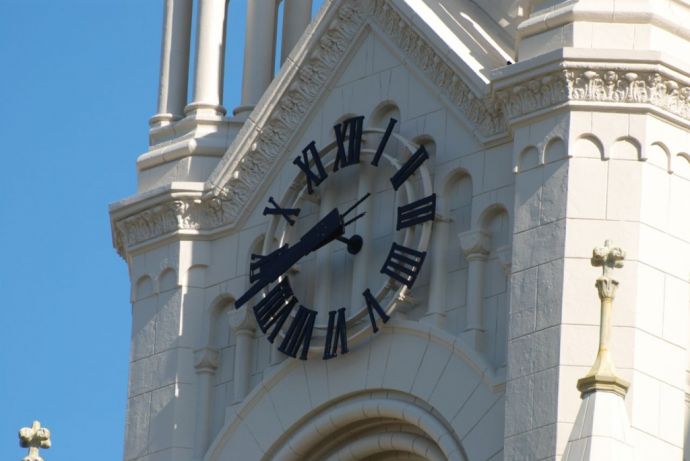 And every morning, sometime between 7 a.m. and 9 a.m., Washington Square kicks into gear with a flurry of activity. 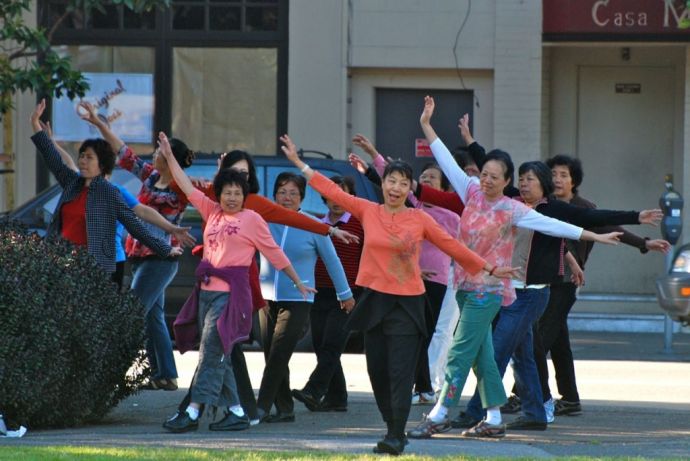 On one side of the square, and all-female group works it out in some sort of Broadway-esque dance. The gal in front seems to be their leader. 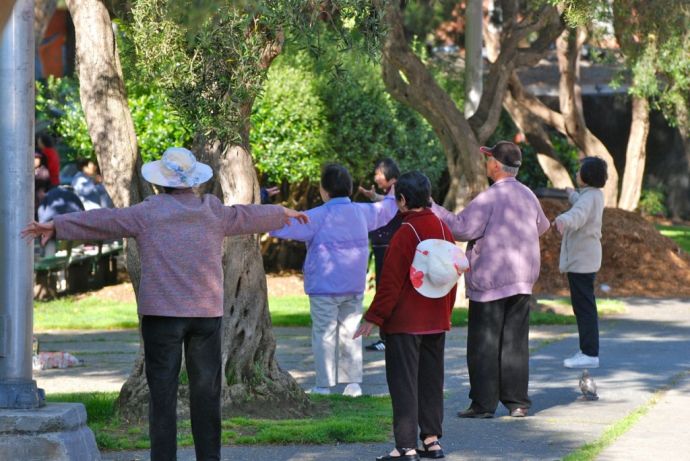 While straight across the square, another crowd stands in the shade and does their morning tai chi. If you're not familiar with tai chi, it's an internal martial arts program known for its defense tactics and health benefits. It has a lot of stress-reducing qualities and seems like a great way to stay limber. Here on Washington Square, you'll find a good 30-40 men and women, often older Chinese-born folks, doing their morning tai chi. On this day, it was a blue sky but these folks like staying in the shade to keep cool and stay out of the sun. 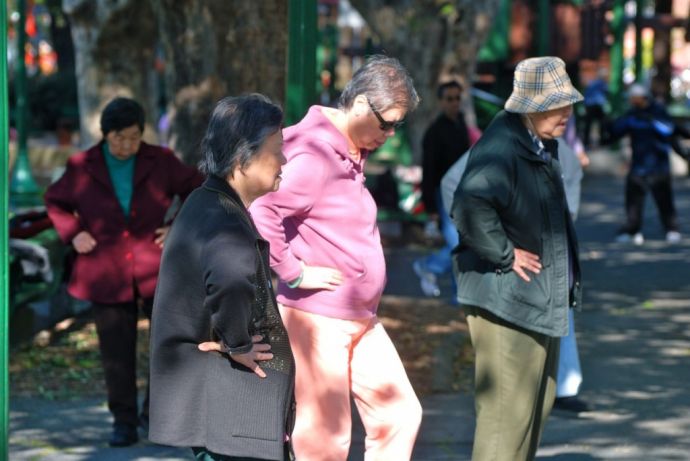 The gal in the Burberry-esque hat seemed to be the leader her. She was calling out the instructions. 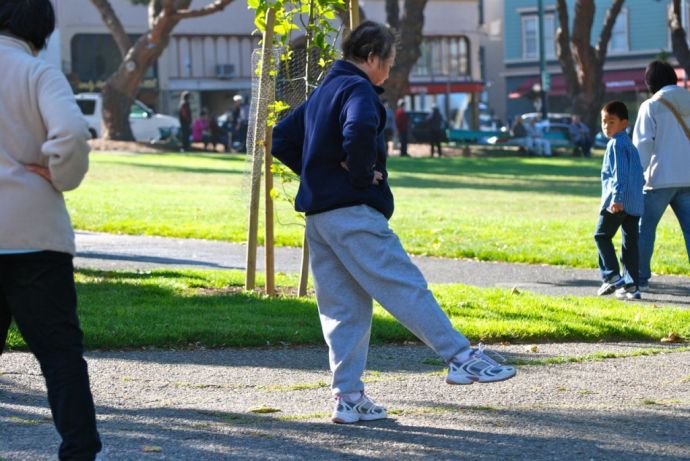 This gal had good range of motion. 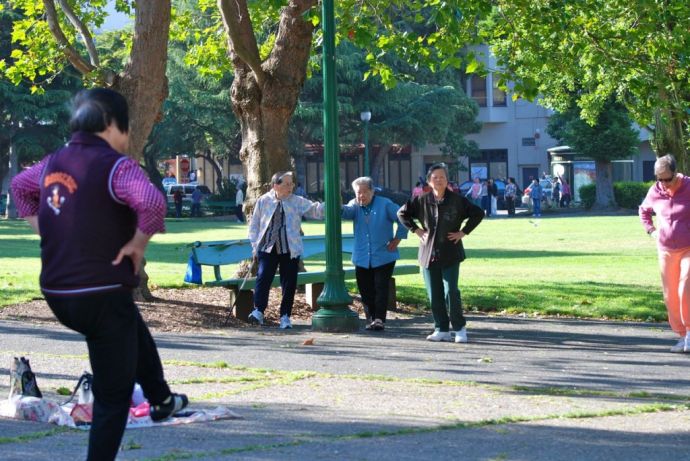 And if you need a pole for balance, the Square has them. The point is, just get up and out and move. When Conan O'Brien was here in 2007, part of his schtick was to tour San Francisco, and he incorporated the Washington Square tai chi ritual in this video here. Hilarious. 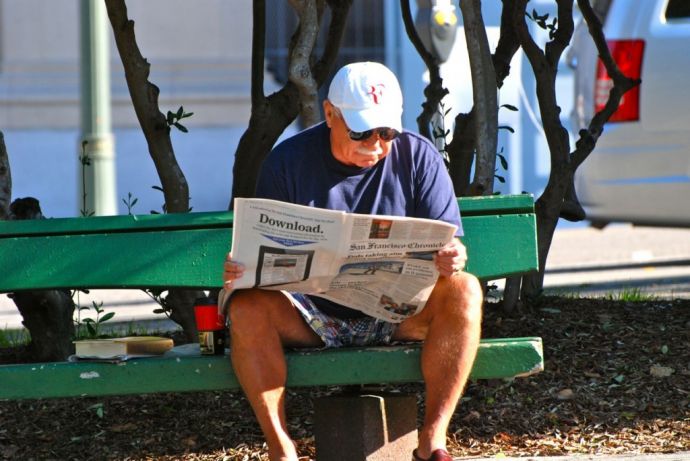 But not everyone is doing tai chi. Some are chilling with the San Francisco Chronicle, our local paper. 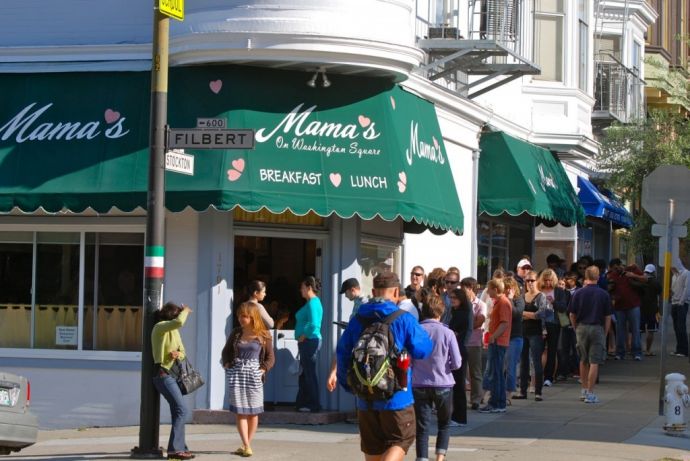 While others wait and wait and wait for a table at Mama's. They line up early for the food here. I drove by at 7:15 a.m. and the line was already started. 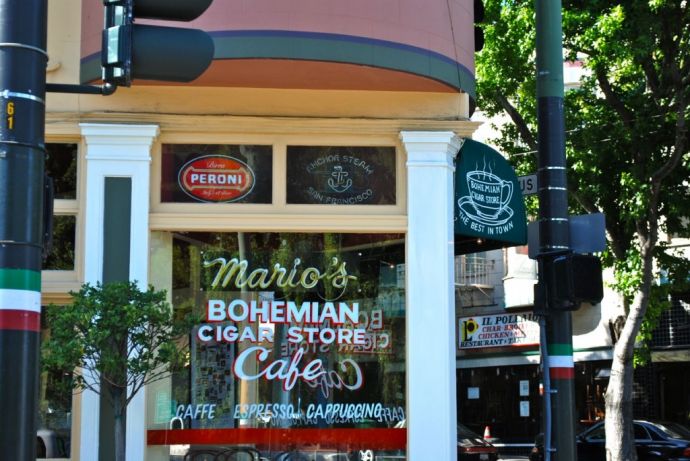 And on the southwest corner you'll find Mario's Bohemian Cigar Store Cafe, a well-known North Beach hangout. It's a century-old cafe that's always busy. It's known among many things for its cappuccinos, supposedly rates among the best in the US.