The Statue Of Three Lies 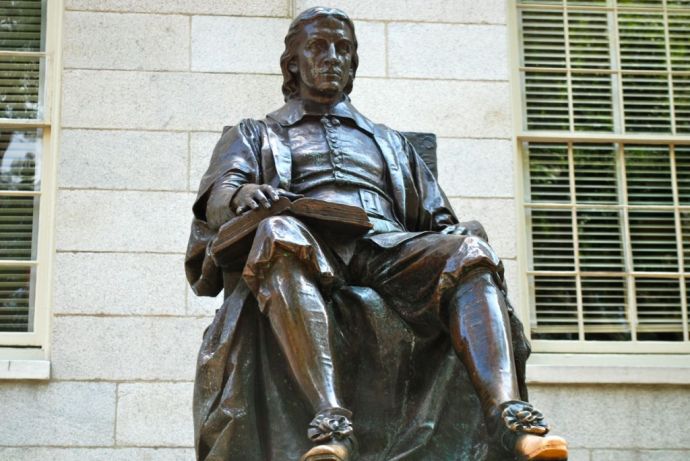 My friend Maria and I took a walk around the Harvard Yard this summer. We both went here for grad school, so it was fun to stroll the grounds, which, may I add, are always in mint condition, even during the dead of winter.

Part of any Harvard tour includes this statue of John Harvard, better known as The Statue of Three Lies.
The statue reads John Harvard, Founder, 1638, but in reality John Harvard was a contributor, not the founder; the institution was founded in 1636; and the statue is actually a likeness of someone else. The statue is located centrally in Harvard Yard, next to University Hall. 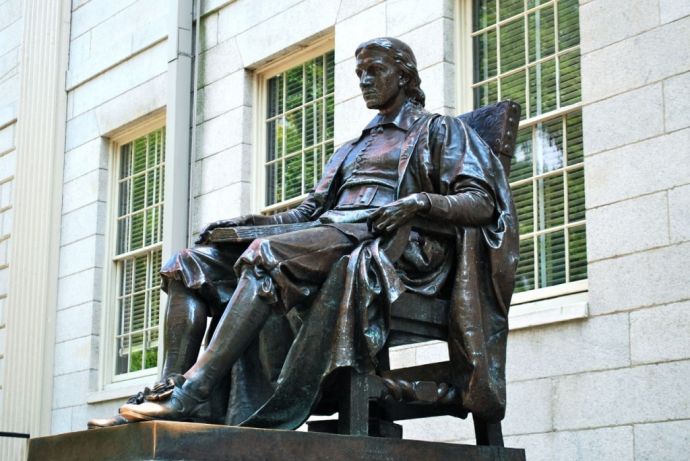 Tour guides often tell visitors it is good luck to rub John Harvard's left foot. Let’s just say it was hard to take this picture without someone jumping up there and grabbing the guy’s foot and mugging for a picture.

If you saw the movie, The Social Network, you're familiar with the scene where the character of Eduardo Saverin and other prospective Phoenix House members are getting hazed in front of this statue. One want-to-be member get the facts of the statue wrong and has to remove his pants, but not Saverin. He answers correctly and gets to keep his pants on during the sub-freezing night. 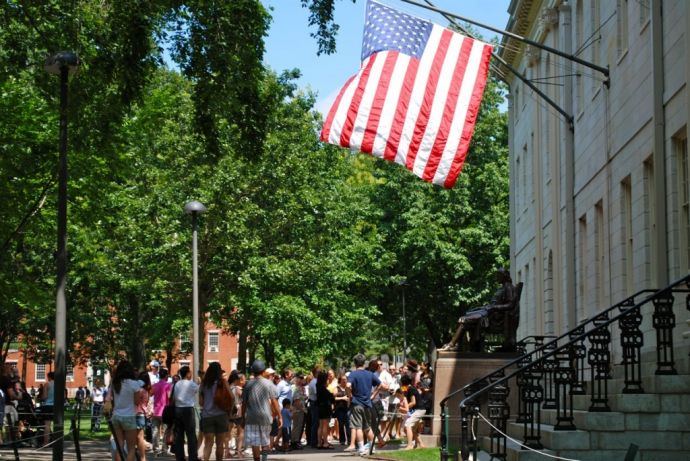 Harvard Yard was filled with both tourists and high school-aged kids and their parents doing the college-scouting thing. This was just one of many groups clustered on the Yard listening to Harvard's rich history.