This picture is bittersweet for me. It was September 2009, and I was in Florence with my sister and two friends.

We were having a great time. No, an amazing time. We were staying in an apartment that had an awesome view over looking Piazza Santa Croce. We lucked out and heard that Patti Smith was going to have a concert outside our window. Literally, outside our window. When the big day arrived, we watched them set up for the concert all day long. Then night came. After a few opening acts, out she comes, the legendary Patti Smith, 80's punk rocker, song writer, author. The crowd was stoked, her performance rocked, and she belted out her signature song like it was the first time she sang it. There was just so much to take in. Patti was on fire and so was the crowd.

But it was this night that my Mom called and told us my Dad had suffered a stroke that would end his life two weeks later.

So any time I hear a Patti Smith song, I go back to that night in Santa Croce. Because The Night Belongs To Us. 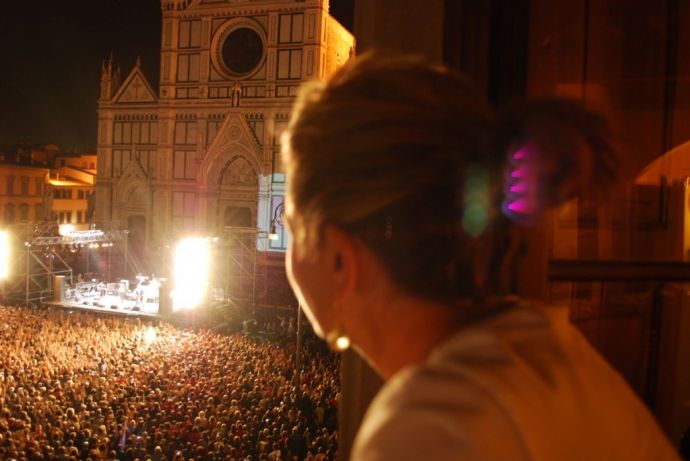