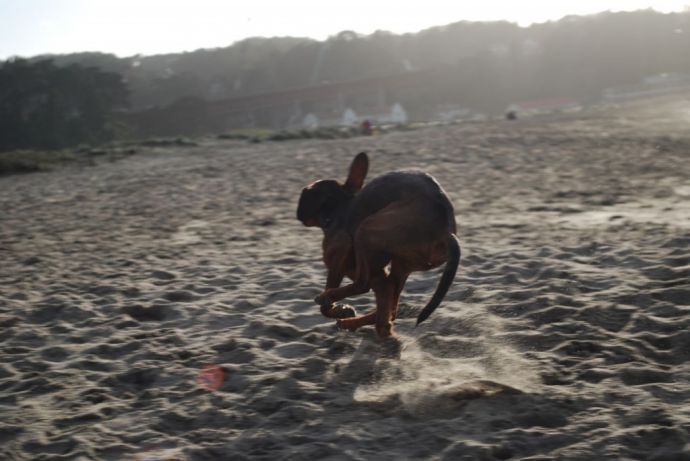 This is Pilot. Or Pi. Or Pi Pi.  If he were in the military, his call sign would be “Rolling Thunder." He lives in our apartment building, the prized possession of our neighbors, now friends, Garen and Scott. 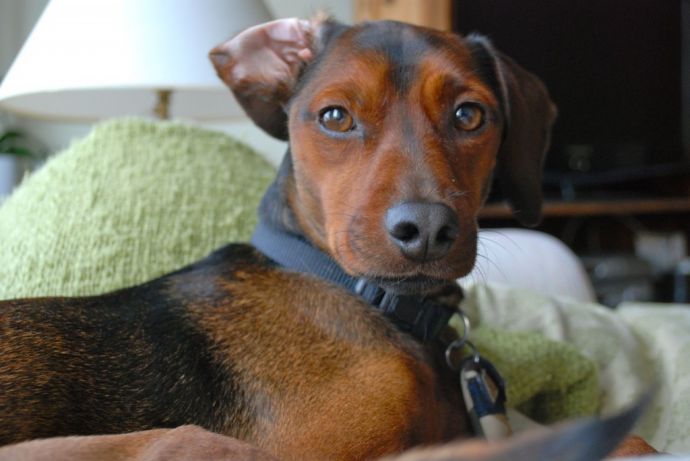 Pi is one lucky dog, literally. He hails from New York, Brooklyn to be exact, and at the time he was rescued, he had been eating unsavory stuff, was malnourished, and totally exhausted from life on Brooklyn streets. That’s when Garen’s brother entered the picture and provided Pi a temporary home. 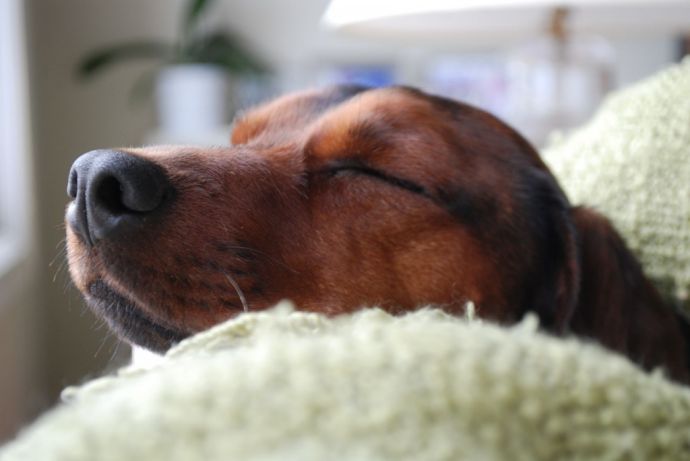 A timely visit to his brother’s home, a little “Pi time,” and Garen was a goner. He offered to take Pilot back home. And when wheels touched down at SFO, Pilot became what he was destined to be, a San Franciscan.

Pi weighs in at 20 lbs and has a beautiful, shorthaired brown coat. He’s five but he’s got a puppy face and puppy energy. He’s quite a looker, and because of that, he gets an average of five people grilling us about his roots on any given stroll down the Marina’s Chestnut Street. People can’t quite put their finger on what kind of dog he is, but that doesn’t stop the long bouts of speculation. The body of an Italian greyhound and the face of a dachshund seem to be one of the more popular guesses. Others say part Vizsla and part beagle. Two things go unchallenged; he runs like a greyhound and howls like a wolf. Ask our other neighbors about the howling part.

Garen is a dancer with the San Francisco Ballet, and Scott is getting his doctorate in Psychology, both demanding roles that consume many of their evening hours. With them busy and out some nights, that allows B and me to have our own version of “Pi time.” It works out great for all of us.

Pi is the source of much of our entertainment. He’s a character and a half. He prefers Greek yoghurt, Egyptian cotton sheets, and cashmere throws. And we feel lucky that the lucky dog and his owners have entered our lives. If you get the opportunity to find the double combo of a piece-of-work pooch who melts your heart and comes with wonderful owners, I highly endorse the “step dog” model. I relish the role. 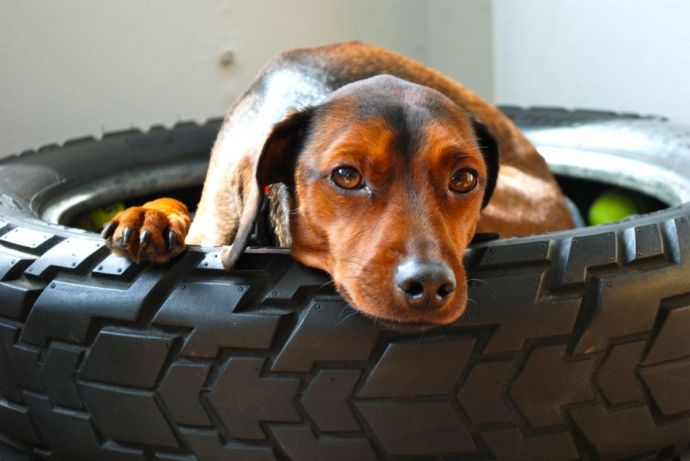 This is Pi, in his tire, aka, his bed. Why the tire?  Well, when you provide your dog a cotton-stuff bed and he rips it to shreds, you get smart and think of ways to give him a bed, one that he can't destroy. Hence, "Dog Tired." This is Garen and Scott's ingenious invention. Two unused motorcycle tires stacked up with a pillow on the bottom, and old blanket for him to poke his notes under and cover his eyes (his norm when he sleeps). Boom done. Problem solved.