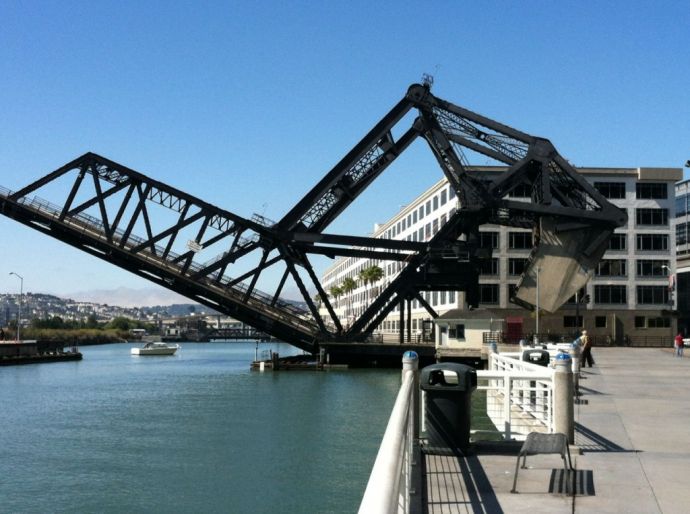 This is the Lefty O'Doul Bridge, the bridge over McCovey Cove, near the Giants' home field of AT&T Park. It's named after Lefty O'Doul, a famous baseball player born in San Francisco. Years ago I used to work in the building behind the bridge, otherwise known as China Basin. This bridge used to go up and down all day long and provided me hours of entertainment when it was in motion. It was also in the fire-engine chase scene in the James Bond film, A View To A Kill.

Until recently, I worked near the ballpark. Occasionally, I'd have a walking meeting, and whoever I was meeting with, would join me on a loop around the back of the ballpark. If we timed it right, we'd see the bridge in action. Always a thrill.