I work right near AT&T Park and took my camera down there to capture the fever of the Opening Day game. Lest you forget, San Francisco won the 2010 World Series. Fall 2010 was just plain fun here.. Enthusiasm reached, well, fever pitch as the Giants went into the playoffs, and ended in a high drama finish on one of the most exciting Monday nights I've ever had.

So on this day, energy and hopes were high. Giants fans were in full Giants regalia. So here's to you my fellow die-hard Giants fans. And remember, always Fear the Beard. 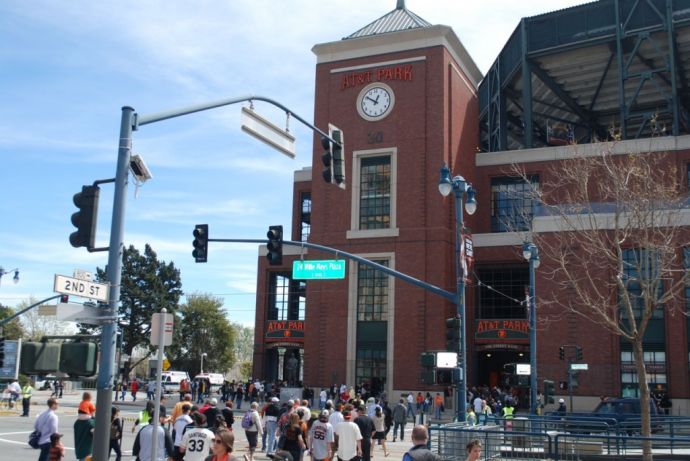